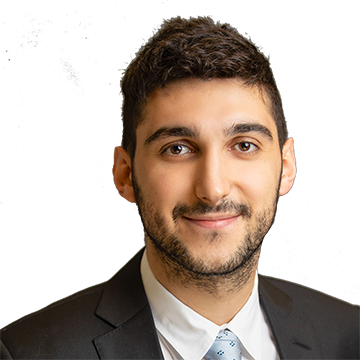 “He’s such a good lawyer, that by tomorrow morning, you gonna be working in Alaska. So dress warm.” – Al Pacino

Eddie Sasooness is an associate attorney at Sasooness Law Group. Mr. Sasooness graduated from University of California, Los Angeles where he received his B.A. in Sociology in 2016. He then earned his J.D. in 2021 from New York Law School, pursuing his dream of becoming an attorney. He believes that being an attorney is a very important role in people’s lives and he wants to be the one to make the change in their lives.

During his time in law school, Mr. Sasooness worked in real estate law and as a law clerk for an employment law firm in New York City. It was then that he gained more experience in other areas of law before deciding to pursue his true passion of personal injury law.

Outside of work, Mr. Sasooness enjoys playing basketball, going to the beach, skimboarding, trying new restaurants in town, and flying to New York every chance he gets.