Whether a landowner, when maintaining a parking lot on the other side of a public street, owes a duty to protect invitees from dangers on the abutting public street which the landowner does not control nor create added dangers on.[1]

On a November evening in 2010, Aleksandr Vasilenko went to The Grace Family Church (hereinafter “the church”) to attend a seminar.[2]  It was a rainy evening, and when Vasilenko arrived the main parking lot was full.[3] He was directed by a volunteer parking attendant to park at the Debbie Meyer Swim School (hereinafter “the swim school”) across the street from the church.[4]  The church and the swim school are separated by Marconi Ave., a five lane street with two lanes in each direction and a universal turning lane in the middle.[5]

The nearest intersection is at Root Ave. about 50 to 100 feet down from the swim school.[6] The intersection at Root Ave. and Marconi Ave. does not have a crosswalk, nor traffic signals, but the church had posted crossing volunteers there to assist invitees in crossing the street.[7] Vasilenko was never informed by the parking attendant or anyone else that there were crossing volunteers at the Root Ave intersection, nor was he directed where or how to cross the street; he was simply told to park across the street at the swim school.[8]  In turn, Vasilenko and two others crossed the street in the middle of the block, and Vasilenko was hit and injured by an oncoming car.[9]

Vasilenko and his wife then sued the church for negligence and loss of consortium, alleging that the church created the harm by locating the overflow lot across the street, which required invitees to cross Marconi Ave., and the church had a duty to protect invitees from the dangers of Marconi Ave when crossing.[10]  The trial court granted the church’s summary judgment motion on the grounds that it did not owe a duty to assist Vasilenko in crossing the street, and the Court of Appeal, in a divided panel reversed.[11] The California Supreme Court granted review.

In order to recover under a claim of negligence, a plaintiff must prove the defendant had “a legal duty to use due care, a breach of such legal duty, and the breach as the proximate or legal cause of the resulting injury.”[12]  The issue in case at hand centered around whether the church had a legal duty; specifically, one to prevent Vasilenko’s injuries he sustained crossing the public street.

In Cabral v. Ralphs Grocery, the California Supreme Court held that “California law establishes the general duty of each person to exercise, in his or her activities, reasonable care for the safety of others.”[13]  The element of duty differs from the other elements of negligence as it is determined as a matter of law while the other elements are questions of fact for the jury to decide.[14]  Exceptions to the general duty of care can be made by statutory provision or by the courts.[15]  The courts, in determining whether to create an exception, must determine whether policy considerations support such an exception, as the exception will apply to all such cases and not solely to the case at hand.[16]  A court must weigh the factors established in Rowland v. Christian to determine whether policy considerations support an exception.[17]

In Rowland, the California Supreme Court provided the courts with a set of factors that must be weighed in determining whether to create an exception to the legal duty due owed to another in a specific category of cases.[18] The Rowland factors are: “[1] the foreseeability of harm to the plaintiff, [2] the degree of certainty that the plaintiff suffered injury, [3] the closeness of the connection between the defendants conduct and the injury suffered, [4] the moral blame attached to the defendants conduct, [5] the policy of preventing future harm, [6] the extent of the burden to the defendant and consequences to the community of imposing a duty to exercise care with resulting liability for breach, and [7] the availability, cost, and prevalence of insurance for the risk involved.”[19]  The first three factors address the foreseeability of the relevant injury, and the last four factors take into account the policy consideration for an against creating a categorical exception.[20]

In contrast, the third factor was found to weigh in favor of finding no duty.[23]  This factor, which weighs the closeness of the connection between the defendants conduct and the injury, accounts for third party intervening conduct.[24] The court found that the intervening conduct of the invitee in choosing to cross in the middle of the block and the driver of the vehicle in failing to avoid the collision was independent of the landowners condcut, and therefore the connection between defendants conduct and injury suffered was attenuated.[25]

The final four factors seek to weigh the social utility of the concerned activity against the burden of avoiding the injury.[26]  The Court determined the moral blame of the defendant weighs against the plaintiff.[27]  Moral blame can be found when there were ameliorative steps that the defendant could have taken but failed to take.[28] Here, “the ability of landowners to reduce the risk of injury from crossing a public street is limited” because the government controls the public streets, regulates the traffic, and has the power to install crosswalks and traffic lights.[29]

The “policy of preventing future harm” factor was weighed comprehensively by the Court. The court noted that “the policy of preventing future harm is ordinarily served by allocating costs to those responsible for the injury and thus best suited to prevent it…[this] will induce changes in that behavior to make it safer.”[30]  The Court eventually found this factor to weigh against imposing a duty.[31] Landowners have little ability to reduce the risk of injuries on public streets, as noted above.  Private landowners cannot create crosswalks, install street lights or street signs, control traffic, nor implement authorized traffic officers.[32] At most, the church could have had crossing volunteers, petition the city to install traffic control devices, erect warning signs, or add lighting to their premises.[33] The Court found that none of these can truly reduce the risk of injury on a public street, and may even have a contrary effect, such as distracting drivers.[34] Preventing future harm such as that caused to Vasilenko actually falls on the shoulders of the government, drivers, and the invitees themselves.[35]

Further, the Court reasoned that the inability of a landowner to prevent future harm in such situations also indicates that the burden would be significant on landowners.[36]  A finding that landowners owe a duty of care to invitees on public streets would force landowners into difficult situations such as determining which parking areas are safer, having to monitor the safety of such streets, and possibly changing parking lot locations.[37] Therefore, the Court found that this factor weighed against finding a duty.[38]

The final Rowland factor was found to weigh neither in favor of finding a duty nor against it.[39] This factor analyzes “the availability, cost, and prevalence of insurance for the risk involved.”[40]  Of course, motorists can obtain insurance for accidents, which they are required to by law, and the church can have some type insurance as well.[41] However, the Court found that the parties did not provide ample evidence on whether a landowner or pedestrian could obtain insurance to prevent the type of injury that Vasilenko suffered on a public street.[42]

After weighing the Rowland factors, the Court held that a landowner does not have a duty to protect invitees crossing a public street from the landowner’s parking lot to the premises.[43]  The Court reasoned that the majority of the factors weighed in favor of finding no legal duty, and although the court does not “merely count up the factors on either side” – factor number five, the policy of preventing future harm – was a heavy factor which pointed in the defendant’s favor.[44]

The Court went on to distinguish several cases the Court of Appeal relied on in reversing the trial court’s grant of summary judgment.[45]  Some of the cases the Court of Appeal relied on involved dangerous conditions on the landowner’s property although the injury occurred on a public street – as opposed to the case at hand where the dangerous condition was on the public street.[46]  Therefore, the defendants, in those cases breached a duty to keep their premises safe, because it was the landowner’s dangerous premises that caused the injury.[47]  The other cases relied on by the Court of Appeal involved dangerous premises maintained by defendants, which could have easily been moved to non-dangerous locations, such as in Schwartz v. Helms Bakery Limited, where a food truck was parked in a dangerous location.[48] In the case at hand, the Court found that the location of the swim school parking lot could not easily be moved and therefore this case was distinguishable from those where it could easily be moved.[49]

Applying the holding to the circumstances in the case at hand, the Court found that the church did nothing to magnify the dangers on Marconi Ave. where the injury occurred, and therefore owed no duty to protect Vasilenko from the dangers on the public street.[50] 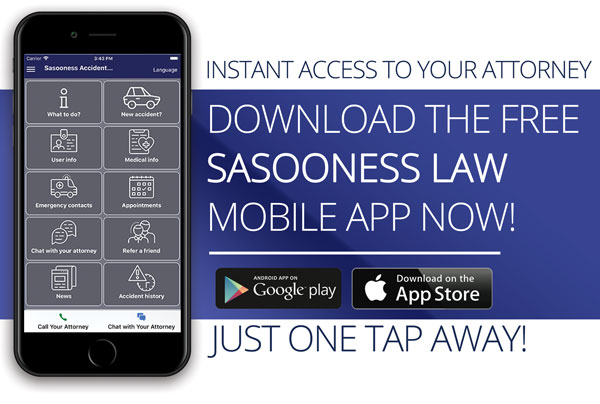